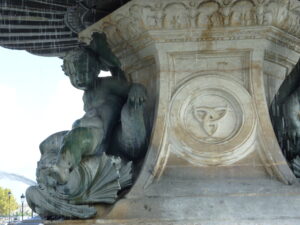 Classic Bordeaux You will see the main monuments and learn about the city’s history in relation to them. This is the must-see tour of Bordeaux.

Roman Bordeaux  The heart of today’s city was where the Roman walled settlement was. This is a guided tour of the narrow streets of the old town including visiting the Museum of Aquitaine (entrance fee payable) to see some of the artefacts that have been found in places covered by the walk 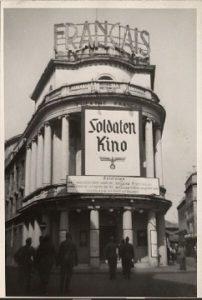 Occupied Bordeaux Many dramatic events took place in Bordeaux during World War II starting with the meetings of European nations that had been over-run and the meeting of the French government when the decision to sign an armistice with Hitler was taken. The Atlantic coast was occupied. This walk shows some of the buildings that were used during the occupation and how ordinary citizens were affected by it. The walk is inspired by the Death In Bordeaux series of books by Allan Massie which are set in the Bordeaux of this period.

Wine tours Most visitors want to taste wine in a vineyard during their stay.  Since I began guiding here I have become more and more fascinated by the different techniques, soils and grapes that are used to make the top quality wines here so I took a course with the Wine and Spirit Education Trust. I passed their Level 2 exam with distinction.

If you would like to go further afield, for example to Saint Emilion or to visit a winery; to see the most beautiful and interesting parts of the Dordogne for example, Sarlat, Domme and les Eyzies, or to the coastal resorts in the Bassin d’Arcachon and les Landes, I can help you plan your tour and get more out of it when you are there.

Contactez-Moi for more details and to book.